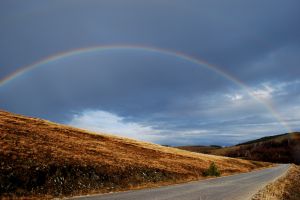 How does it feel when you’ve made a difference in someone’s life?  How would you feel if your example inspired others to follow in your footsteps?

Every December I often think back on the past year:  what I’ve learned, mistakes I’ve made – and people I’ve found who inspire me.  This year I’ve been thinking a lot about change – and what kind of difference we as individuals can make.

Here are three inspirational examples of real people, making real changes – and you can join them.

LIFT – Combat Poverty and Expand Opportunity in The US

LIFT (formerly National Student Partnerships) was founded in 1998 by two undergraduates at Yale University, Kirsten Lodal and Brian Kreiter. Recognizing a fundamental gap between the university and the New Haven, CT, neighborhood that surrounds it, they brought together students to serve and strengthen the community.

Since LIFT’s founding, over 5,000 volunteers have served more than 30,000 individuals and families.  Not bad for a program started by two college students.  The video below describes LIFT in Kirsten’s own words.

Interested? Visit www.liftcommunities.org or contact their national office at (202) 289-1151 for more information about how you can become involved.

Kanu Hawaii started (and still is) a movement to make Hawaii a model of environmental sustainability, economic resilience and compassionate community – but their message has spread around the nation and the world. It was founded by a small group of friends to pursue this vision through grassroots activism that starts with “changing ourselves before pointing any fingers; trying to lead by example, then asking others – including our neighbors, businesses, and government – to change with us.”

I had the opportunity to hear one of the founding members, James Koshiba, speak recently.  Their vision has brought thousands of people together, both as groups and individuals.  Groups such as schools are using it to track their student’s volunteer activities, and people have signed up from other states and internationally to commit to making small changes for a better future.  As of December 2009, 8,636 people had committed to join the movement.

At Kanu Hawaii’s website, you can commit to making small changes to sustain your communities. Visit www.kanuhawaii.org/commit to make your own personal commitment.

Any Soldier – Support Troops With Letters (Or More)

Sergeant Brian Horn from LaPlata, Maryland, an Army Infantry Soldier with the 173rd Airborne Brigade was in the Kirkuk area of Iraq when he started the idea of Any Soldier® to help care for his soldiers. He agreed to distribute packages that came to him with “Attn: Any Soldier®” in his address to soldiers who didn’t get mail.

Brian later completed a tour in Afghanistan and is now home, while AnySoldier.com continues to grow with supporters world-wide.

Volunteer soldier contacts adopt units to distribute letters and packages sent to them for Any Soldier. The site allows you to search by what people have asked for if you have something specific you want to send, or by state or branch of the service.

As of December 2009, they have 2,423 Military Contacts helping them, and have served 1,490,637 troops so far – a great accomplishment for a program started in August 2003 as a simple family effort.

To learn more and to get involved, visit anysoldier.com.

Build You Tribe – Change The World

As I was writing this article, I was reminded of some of the examples Seth Godin discussed in his book Tribes.  Tribes is all about bringing people together and leading them towards a common cause.  Seth Godin recently spoke at TED about this concept – enjoy:

I love the challenge Seth throws down at the end of the video:

And if you want more inspiration – maybe you’ll enjoy this start page: Be The Change You Wish To See In The World.