What do Michael Jordan, Abraham Lincoln and J.K. Rowling all have in common?

They know that failure is a stepping stone to success.

“I have missed more than 9,000 shots in my career. I have lost almost 300 games. On 26 occasions I have been entrusted to take the game winning shot, and I missed. I have failed over and over and over again in my life. And that is why I succeed.”
– Michael Jordan 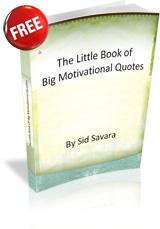 Do you enjoy inspiring, motivational stories and quotes?  You should click here now to download The Little Book Of Big Motivational Quotes. 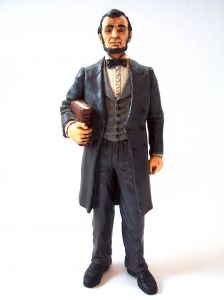 Failure Is Only Temporary….

Unless you are suffering from the 7 proven reasons people fail.

J.K. Rowling Speaks About Failure and How It Changed Her – Harvard Commencement Speech

” It is impossible to live without failing at something, unless you live so cautiously that you might as well not have lived at all – in which case, you fail by default.

Failure gave me an inner security that I had never attained by passing examinations. Failure taught me things about myself that I could have learned no other way. I discovered that I had a strong will, and more discipline than I had suspected; I also found out that I had friends whose value was truly above the price of rubies.

The knowledge that you have emerged wiser and stronger from setbacks means that you are, ever after, secure in your ability to survive. You will never truly know yourself, or the strength of your relationships, until both have been tested by adversity. Such knowledge is a true gift, for all that it is painfully won, and it has been worth more than any qualification I ever earned.”
–J.K. Rowling

Free Copy of The Little Book Of Big Motivational Quotes 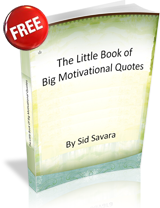