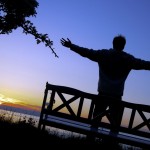 “We are like dwarfs sitting on the shoulders of giants. We see more, and things that are more distant, than they did, not because our sight is superior or because we are taller than they, but because they raise us up, and by their great stature add to ours.”
– John of Salisbury (Sidenote: for a a fascinating book on the origins of this phrase, see On The Shoulders of Giants by Robert K. Merton)

The Best Experts and The Best Information – Available Everywhere

I recently listened to a Software Engineering Radio podcast with Ted Neward – a man who I also had the pleasure of seeing deliver a keynote at The Server Side Java Symposium.

Ted Neward is a rockstar among software development rockstars, though he somewhat modestly refers to himself as a “big geek.” He has written numerous books, and is about as sharp as anyone you’ll ever meet. When he discusses intricate software and programming language development issues, my brain is working overtime as he connects all the dots together and lays out a coherent, nuanced explanation.  Until probably a hundred years ago, there would have been no way that thousands of people would be able to hear his voice as they do now – certainly not download it in a podcast and listen at their convenience. 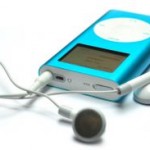 Today, anyone can buy an MP3 player, download some podcasts and transform their headphones into a mobile classroom. I have at my fingertips Ted Neward, Joshua Bloch (another rockstar), The Java Posse, various Rails gurus, Java Rant…all podcasts produced by very smart people, and available to me to listen to at my leisure.

I know not everyone reading this is a software developer, but everyone here has a particular field they excel at or want to excel in.  Or perhaps there is a particular task or problem you need solved.  With the articles online, podcasts and books, you can readily access the best information there is about almost any subject.

We can access discussions, explanations – and my favorite, solutions.  There is no need to reinvent the wheel – and this is as true of software development as it is in more fuzzy fields, like social relations.  Rather than going through the process of trial and error ourselves, we can benefit from other people who have already made the mistakes and distilled those lessons into concise explanations.

Paying Someone Else to Learn from Their Mistakes 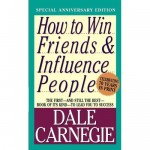 Consider Dale Carnegie’s How to Win Friends and Influence People.  Dale Carnegie used to present seminars on handling people, and distilled his knowledge into a book that has hardly been updated since the 1930s because the advice and strategies have stayed relevant.  When I read it, I literally gave up trying to write in the margins and “star” the parts I liked – virtually every page had an insight or anecdote I wanted to save for later.  The book is filled with pitfalls that Dale Carnegie encountered himself, or observed in other people – and he tells you not just the issues, but also the resolutions.

Just as I’ve found it’s a better trade off to pay someone $60 a week to cook for me so I have 10 additional hours of free time, it’s worth it to me to spend some small sum of money and time reading a book that I can learn from, the lessons of which will pay huge dividends in avoiding the pitfalls others have faced.

Why spend years learning how people work, when I can just read Dale Carnegie’s book and apply the knowledge?

Try Out a Proven System or Continue Using Your Own Ad Hoc Unproven “Solution”?

On a similar note, for years I worked on organizing my life with my own system.  Sure, there was some degree of order, but it was very much ad hoc.  One day I decided I wanted to see what all the fuss was about, so I bought David Allen’s Getting Things Done.  I was skeptical at first – but I took a step back and thought about it as if I was totally unbiased, and was just choosing between two options before me, to try temporarily:

You can understand why I decided to suspend my skepticism and give David Allen a chance.

Not only did the strategies and method help me organize my tasks, but it changed the way I thought:  the way I looked at emails, phone calls, my calendar – everything.  This isn’t a post about the nuts and bolts of Getting Things Done, so I won’t go into the details, but Getting Things Done basically outlines a strategy for dealing with every contingency for issues and tasks as they come into your life. There are many resources online where you can get the gist of it, but if you plan on applying it, I recommend not trying to read Wikis etc to learn it. I tried initially until I finally purchased the book, and it’s like night and day – the book has so much more information it’s not even a fair comparison.

The Road Ahead – Knowledge Skills, and Leveraging Other People’s Knowledge

I’ve only scratched the surface here, but the point of this post is to prime you for what lays ahead.  There are many books I’ve read that I believe were well worth my time for the level of expertise they provide, and for how they increased my productivity or skills in a particular area.  I’ll write about them and guide you towards the best resources I have found to solve specific issues I have encountered.  There’s no need for me to rewrite books and articles that have already been written – but I can show you which ones I’ve liked.

Every day I apply what I have learned from Dale Carnegie, David Allen, Tim Ferris, Joshua Bloch and many others – and in so doing I can leverage their expertise, and stand on the shoulders of giants.