Have you ever read a horoscope, taken an online personality test, or even had a keyring that told you what your personality was based solely on your name?  Were you surprised at the accuracy of what was said about you?

Perhaps what you should have been surprised by is your own gullibility. Don’t feel too bad about it though – we all do it. It’s what’s known as the Forer effect, and it’s just one aspect of mental bias.

Back in 1948, psychologist Bertram R. Forer gave his students a personality test. He ignored their answers, and then handed them, individually, the exact same result, which read in part:

You have a need for other people to like and admire you, and yet you tend to be critical of yourself. While you have some personality weaknesses you are generally able to compensate for them. You have considerable unused capacity that you have not turned to your advantage. Disciplined and self-controlled on the outside, you tend to be worrisome and insecure on the inside. At times you have serious doubts as to whether you have made the right decision or done the right thing. […] (Forer effect, The Skeptic’s Dictionary)

This was cobbled together from various horoscopes, and bore no relation to any of the students’ answers. Forer then asked his students to rate how accurate their profile was, on a scale of 0 – 5 (with 4 being “good” and 5 “excellent”). The average rating given was 4.26. Since 1948, the test has been repeated hundreds of times with other student groups, and the accuracy evaluation is always around 4.2.

So how can we explain the Forer effect? Most people are likely to accept claims about themselves that they want to be true – it’s very hard to be objective about your own nature. The Skeptic’s Dictionary suggests that:

We tend to accept questionable, even false statements about ourselves, if we deem them positive or flattering enough.

It’s a bit like a magic trick. The profile uses psychological facts about human nature, such as our tendency to engage in “subjective validation“: believing statements are correct because they have a personal meaning or significance to us. It also uses vague, unquantified language such as “a certain amount”, “at times”, “tend to be rather unrealistic”.

Since Forer’s research, other psychologists have found that people are much more likely to rate positive statements about themselves as accurate. 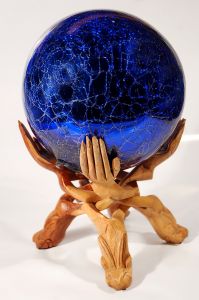 Suppose we follow someone attending a business conference.  Perhaps they believe horoscopes, and read one that says a new connection will take the to the next level in your career.  How you think they’ll act t the conferenc?  Chances are they’ll be prowling around networking during coffee breaks and lunch. They’ll meet lots of people, and perhaps one of them may indeed be able to give them that big break they need. But … does this mean their horoscope was correct?

In quantum mechanics, there’s an axiom that the observer affects the observed. It’s impossible to track, say, the motion of an atom without influencing it. Similar principles apply here: by knowing their horoscope, they end up making different decisions than if they were acting without this knowledge. If you are someone who reads and believes horoscopes, try living a month without them, then reading them at the end of the month. See if they still seem so accurate.

This is one of the reasons why the Law of Attraction works: you don’t manifest something purely through the power of your thoughts, but your focus on what you want leads you to put yourself into situations where you’re much more likely to make progress towards your goals. 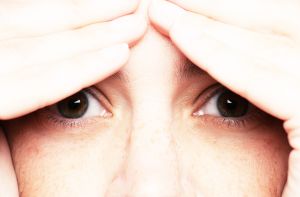 Another way in which positive thinking can go too far is when we read too much into coincidences. Have you ever had the experience of thinking of a friend you’d not spoken to in ages – followed by an unexpected phone-call or email from them?  Amazing! we think to ourselves, it must be a sign.  Of course, we won’t pay any attention to the dozens of times earlier in the day you daydreamed about chocolate chip cookies that failed to materialze.

There are several reasons why we place too much importance on events that are simple coincidences. The two key ones that I want to look at here are:

When a jury or group of people are told the result of an event (Eliezer gives the example of outcomes of historical battles), they’re likely to rate this outcome as highly probable based on the evidence. Control groups who do not know the actual historical outcome assign more realistic probabilities to the various possible outcomes.

This means that, when a coincidence occurs, we sometimes think “I knew that was going to happen” … even when, if we’d been asked a few days before, we’d not have rated that particular event as any more likely than others.

We forget all the premonitions of disaster we’ve had which didn’t predict the future and remember vividly those few which seemed to do so. Instances of seemingly telepathic thought are reported to everyone we know; the incomparably vaster number of times this does not occur are too banal to mention.
(from J.A.Paulos, Beyond Numeracy)

Have you ever had a dream which came true? Quite possibly – but you’ve probably also had hundreds of dreams which didn’t. Like the students who were given Forer’s personality profile, we tend to tune out the details that don’t fit, and focus on the few ones which suit us. That might mean selective memory of events, or focusing on the predictions made by astrologers and psychics which do seem to come true. This is known as illusory correlation.

Be aware that we’re all prone to this innate bias, however intelligent or well-educated we are. Next time you think that something’s an unbelievable coincidence, or an uncannily accurate prediction, question whether you’re unconsciously selecting evidence which happens to fit your viewpoint.

A common ploy used by psychics (often called the Jeanne Dixon effect) is to make dozens of predictions knowing that the more that are made, the better the odds that one will hit. When one comes true, the psychic counts on us to conveniently forget the 99% that were way off. This makes the correct predictions seem much more compelling than they really are. This is a conscious or deliberate form of subjective validation, or, put more simply, fraud.
(The Power of Coincidence: Some Notes on Psychic Predictions, Robert Novella, Quackwatch)

Don’t Be So Smug – You’re Not So Great

In addition to the biases discussed previously, there are a number of interesting biases we tend to have in relation to thinking about our own attributes in comparison to other peoples’. Most of us have a tendancy towards putting outselves on pedestals.

When people are asked to rate themselves at skills, desireable behaviours and attributes, they’re likely to say that they’re “above average”. For example, a survey of American college students found that 88% of drivers rated themselves as “above average” drivers. This is known as the Lake Wobegone effect:

[The Lake Wobegone effect] is named for the fictional town of Lake Wobegon from the radio series A Prairie Home Companion, where, according to the presenter, Garrison Keillor, “all the women are strong, all the men are good-looking, and all the children are above average.”
(Lake Wobegone effect, Wikipedia)

Another term for this is “illusory superiority”; rating yourself as “better” than other people within a group. This commonly occurs within professions and between colleagues or classmates. For example, the University of Nebraska asked teachers to rate themselves in terms of teaching ability. 68% of teachers believed they were in the top 25% – a statistical impossibility.

If you flatter yourself for being a great cook, a brilliant employee or a fantastic friend, consider whether you’re falling into the mental bias trap. Should you really be so smug – or are you underestimating where the “average” lies?

(And a warning to those reading this thinking “I’m not as prone to bias as the average person” … you’ve just found the bias blind spot.) 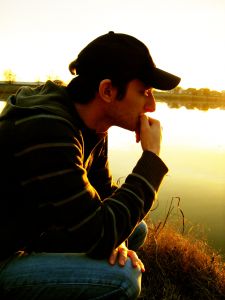 Ready to apply what we’ve just discussed? Here’s an example of a real life horoscope:

There’s a difference between knowing you’ll have to make decisions, which you do, and being ready to make them, which you’re not. You see yourself as being decisive, and so could worry that others might regard you as weak for leaving things open-ended. That may be true, at least right now. However, the time you invest in reflection between now and the Capricorn New Moon, on December 27, will yield valuable insights about here-and-now issues and, more importantly, your future. On the same day, the courageous Mars moves into your sign and, a day later, meets the uncompromising Pluto. After that, there will be no question where your direction lies.
(The Times: Woman section)

Can you see how this uses what we’ve seen above about our tendency towards positive, selective, thinking? For example, in the first sentence, we see the horoscope writer using a universal truth about human nature: we all know that we need to make decisions, and we all frequently feel that we’re not ready to do so on some matters. The second sentence also applies to most people – do any of you view yourself as indecisive?

The third sentence (“That may be true, at least right now.”) is vague enough to allow a lot of room for disagreement – the words may and at least show that the writer is not committing his or her self.

The next sentence relies on creating a self-fulfilling prophecy, “The time you invest in reflection … will yield valuable insights about here-and-how issues, and, more importantly, your future.” After reading this, many people would be encouraged to spend some time in reflection, with the expectation that this reflection would result in “valuable insights”. But this is not predicted by the horoscope – it’s caused by reading the horoscope. Having a life coach or business mentor tell you to spend more time on reflecting on your life and career would have a similar effect.

Positive thinking and focusing on what you want in your life (using the “Law of Attraction” if you wish) can be very helpful in leading you towards your goals. If you read horoscopes, predictions, or personality profiles provided by “experts,” however, proceed with caution. Be aware of the mental biases that we all have, and look out for vague language, general statements, the creation of self-fulfilling prophecies, and a reliance on coincidence.

Do you tend towards overly positive thinking – or do you manage to take a balanced, rational view of coincidences and so-called psychic phenomena? Share your thoughts with us in the comments…

P.S. This post is by Ali Hale. I promise we’ll have a better Author box up soon ;) – Sid

Want to share this with your friends? You can use this short link: http://bit.ly/2ldgJDg