“Pleasure is the object, duty and the goal of all rational creatures.”
–Voltaire

Pleasure.  Regardless of the goals we set, what motivates us or how disciplined we are, we are still biological creatures that respond to and crave stimuli that give us pleasure.  If you had a magic button that let you experience intense pleasure and euphoria whenever pressed, you might push that button thousands of times a day, and beg me not to take it away when I tried to stop you.

Why is this?  It has to do with the way our brain’s “pleasure centers” are wired*, and it just might hold the key to why we procrastinate and take part in activities that we later regret wasting time on, and that get in the way of achieving our dreams.

In the rest of this article, I will discuss:

There is some fascinating research on the subject of pleasure.  The experiment which sparked interest and led to further research in the brain’s pleasure centers was conducted by James Olds and Peter Milner: 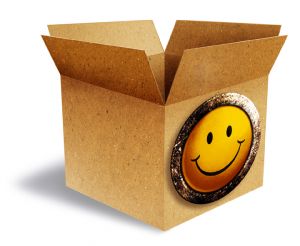 “In 1954, James Olds and Peter Milner accidentally implanted an electrode into the [pleasure centers] of a rat and discovered that it became very energized, so they purposely set up an apparatus such that whenever a rat pressed a bar it generated a small electrical stimulation to the area. The rats pressed the bar until they collapsed, even to the point of forgoing food and water. […] The effect has since been found in all mammals tested, including humans.”
– Page 113 The Mind of the Market by Michael Shermer

Other accounts of the research state that the rats would press the bar 6000 times an hour.  Well sure, you might say, but there are two issues with that experiment. One, those are rats, not humans, and two, how do we know what they felt when that area of the brain was stimulated?  We have the answer to both those questions, because Dr. Robert Heath repeated these experiments – with human subjects:

“[A]n electrode was implanted into [the patients’ pleasure centers] and turned on — these patients experienced a euphoria so powerful that when the researchers tried to end the experiment, one patient pleaded with them not to.”
– Page 113 The Brain that Changes Itself by Norman Doidge

So we know that stimulating the pleasure center (electrodes implanted in subjects’ brains) provides intense feelings of pleasure (euphoria) – the next questions to me are:

The Purpose Of Our “Pleasure Center”

There does not appear to be any definitive answer on why we evolved to experience pleasure, but the theories and discussions I have read appear to all suggest the same thing:  if we acquired the ability to reward ourselves with a feeling of pleasure when presented with certain stimuli, then it was most to reinforce behaviors that increased the likelihood of survival and reproduction.  This is supported by some laboratory studies: 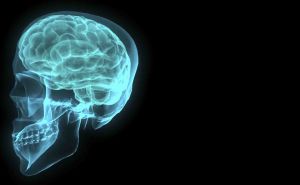 “Dopamine is released naturally from […] the [pleasure center] when hungry rats eat or when sexually motivated rats copulate […].  Moreover, blockage of dopamine receptors may block the rewarding effect of food or sexual contact […].”
– Page 207, Psychology by Peter O. Gray

I found this fascinating.  So not only do we experience the “normal” benefits associated with food or sex but in addition to that our brain rewards us with a feeling of pleasure.

“Novel events are known to produce arousal and increased attention […] This motivational aspect of novelty may be considered adaptive in nature, since approach to novelty may promote survival as it encourages the location of new food sources, mates, and identification of potential sources of danger […].  [L]esions […] in the [pleasure center] have also been demonstrated to produce a transient disruption of novelty-seeking  behavior.”
– Page 112 in Dopamine Receptors And Transporters by Anita Sidhu

Items That Stimulate And Hijack Your Brain

“Direct access from the outside to the brain’s dispenser of pleasure, its reward system, was never intended by nature. It is too dangerous, a circumvention of the evolutionary forged link between work and reward, a key to adaptation.”
– Page 108 Inside The Brain, by Ronald Kotulak 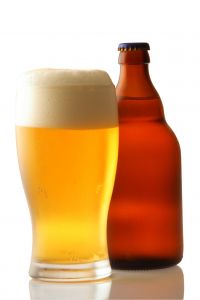 We’ve already established that food, sex and novel stimuli activate the pleasure center.  Let’s look at some other stimuli that have been shown to activate and perhaps even hyperstimulate this part of our brains –  in particular items which were likely not readily available while our brains were evolving.

Look familiar? Television and video games are two of my procrastination thumbscrews. I bet some of you notice other items on this list as well as perhaps particular weaknesses.

Note:  For the sake of keeping this article readable, I’ve broken out my research for this list of items into a separate sidebar:  Television, Video Games and Other Stimuli That Hijack Your Brain’s Dopamine Reward System.  Feel free to give it a read now or later =)

Should We Give Up Pleasure? 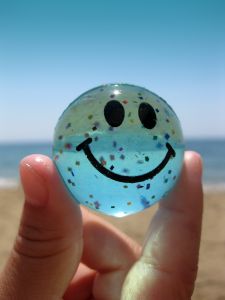 I am not suggesting that anyone should give up everything that gives them pleasure; rather, I like to be aware of why and how I make choices.  This research has led me to realize that perhaps sometimes we are being held hostage to brain chemicals – and can fight back.  Stimulating the pleasure center for a dopamine rush is a short term “fix” – the feeling doesn’t last, and so I think it is worth considering whether that short term buzz is worth sacrificing progress towards long term goals.

I had a great discussion with a friend recently about life and who we are.  One issue we talked about was how we looked back at some of the stupid things we did in the past, and days we just unproductively wasted away – days we wish we could have back.  I mentioned to him how when hooked directly into their pleasure center, rats spent all their time pressing the lever – in ways that suggest they were almost incapable of pulling themselves away from it.  We talked about how now, if I feel like spending a whole day playing video games  I ask myself:

Do I really want to play video games ?

Am I just pushing my own, artificial pleasure buttons?

What do you think? Am I off base here?  I value your comments and feedback – and would love if you shared this article if you enjoyed it.

I usually discuss strategies and steps I take to improve myself.  I think it’s important however to know not just how to get better, but to also be aware of things that we do to hold ourselves back.  For further reading, I’ve previously discussed some examples ways we hold ourselves back in articles such as:

By the way, if you are interested in discussions involving psychology, you may enjoy these articles: