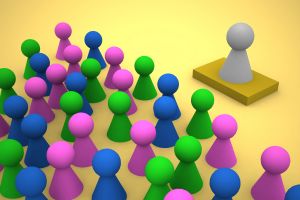 I had an interesting discussion with a friend recently about how even people with great interpersonal skills may struggle with speaking in public.  As someone who was once relatively shy, and now speaks on panels and to large groups, I felt it would be useful to share some of the strategies I personally used.

Once I was comfortable with speaking out loud clearly, I needed to improve my timing, tone, inflection and presentation.  There were no shortcuts for me – just lots of practice and steady improvement.

When I was attending USC for my master’s, I had to collaborate with other students on group projects which often ended in a class presentation at the close of the semester. Because we could not always meet in person to practice, we needed to find another way to review our speaking parts. The easy solution was to upload videos to YouTube. A couple of my classmates were foreign students who were still learning how to speak English. Watching them on video allowed me to point out grammar errors, inflection, mispronunciation, etc. After the course was over, one of them remarked to me that the group project recordings had done more to improve his speaking than the two years he had spent trying to immerse himself in America.

No real secret here – once I started improving my speaking skills, I enjoyed conversation more and was more outspoken among friends.  If you lack interesting material to talk about, consider reading some of my favorite personal development books.  Some other stories and thoughts from this site that provide good conversation fodder include:

Step 4: Practice Speaking to Others – For a Small Audience

Once I had confidence in my abilities speaking, there were still a couple hurdles to cross.  Among them – would I run out of things to say, and since speeches are a one way street, how would I know if my audience was interested?  There are a few social situations that can help with this

Once I was able to present my point of view in front of spectator audiences, it was time to speak to real audiences.  I started small, in welcoming environments

That’s it! Once I was able to speak comfortably at small venues, it was just a matter of increasing the size of my audience.  I typically do not speak to groups larger than 50-100 people in person, but I imagine past that point any issues that arise would be most likely related to intimidation and stage fright.  There’s no cure for that except for preparation, practice and putting yourself out there.  I have glossed over stage fright above, because it’s hard to address that directly – but after considering it, I think I have an explanation for how I overcame stage fright as well. 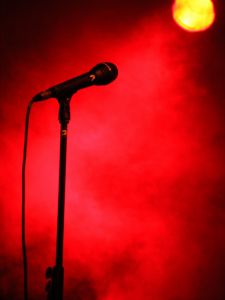 The above steps are the basic formula I followed to improve my public speaking skills, but I have one final tip which didn’t fit in the above categories, but that definitely helped me overcome stage fright.  The secret? Performing in domains where I already had expertise, just to get me comfortable in front of an audience.

A Final Point – Experience and Expertise

One point I have glossed over above is that it takes experience and expertise to speak effectively on a topic. I can discuss with confidence various technology trends, blogging, web 2.0, time management, efficiency, etc – but I have no skill in other areas.  The reason I can speak confidently about certain domains is because I have the years of experience, training and personal study to back them up.  Put me in a situation where I need to discuss something that I have no familiarity with, and without adequate preparation time I’m sure to falter.  If you need to give a speech, don’t be scared of pushing your limits, but at least be aware of your expertise – and spend an appropriate amount of time preparing.

What do you think? What other tips would you add?

Enjoy this article? Share it with your friends with this short link:  http://bit.ly/2kkY5Yh.